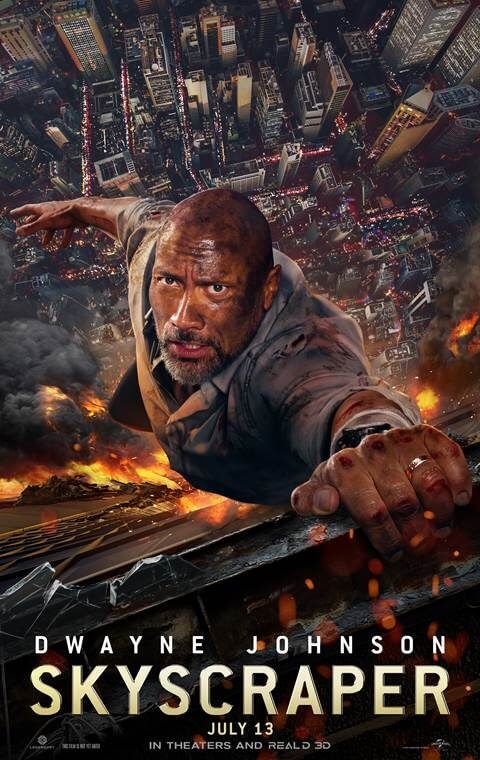 Global superstar Dwayne Johnson leads the cast of Legendary’s Skyscraper as former FBI Hostage Rescue Team leader and U.S. war veteran Will Sawyer, who now assesses security for skyscrapers. On assignment in Hong Kong he finds the tallest, safest building in the world, The Pearl, suddenly ablaze, and he’s been framed for it. A wanted man on the run, Will must find those responsible, clear his name and somehow rescue his family who is trapped inside the building...above the fire line.

Experience the Impossible Leap in VR

This Tweet from @skyscrapermovie has been withheld in response to a report from the copyright holder. Learn more.

It’s been a big life for @TheRock . See how it all started in his new series, #YoungRock, airing Tuesdays at 8/7c o… https://t.co/LhN9R9vx5X

Get a look at THE ROCK: Through The Lens, available now. https://t.co/tT0D3MLs0n @TheRock #ThroughTheLens 📷 :… https://t.co/BrqGZx9Fs9

We liked @TheRock's #Skyscraper so much we've got a sequel to pitch. 🐾🏢 Own the original adventure:… https://t.co/BGkFli2n09

Nothing can stop Will from saving his family. #SkyscraperMovie is more than just action, it’s a whole lot of heart… https://t.co/pLl0xzz2ry

Neve Campbell brought her all to make Sarah Sawyer a formidable fighter. See the work that went on behind the scene… https://t.co/gX9sEIFArn

I would’ve been the first person in line at @Target with my @Skyscrapermovie DVD in hand if I wasn’t traveling yest… https://t.co/MEbpjAQRwX

The obstacles just keep on coming. Watch @TheRock defy the odds in #SkyscraperMovie. Own it on 4K Ultra HD, Blu-ray… https://t.co/wz4p7738gt

The movie’s actors trained to bring the heat to every fight sequence. See how they prepared for their stunts when y… https://t.co/070jyGgmBs

Watch the Sawyers take on The Pearl… all 240 stories of it. Available TOMORROW with exclusive bonus features on 4K… https://t.co/29froQvsUF

Get ready to take the leap! You can own #SkyscraperMovie with exclusive bonus features on 4K Ultra HD, Blu-ray & DV… https://t.co/0yBbg7P8EF

Hang on! You are days away from owning #SkyscraperMovie with exclusive bonus features on 4K Ultra HD, Blu-ray & DVD… https://t.co/1ppZ1bwOQM 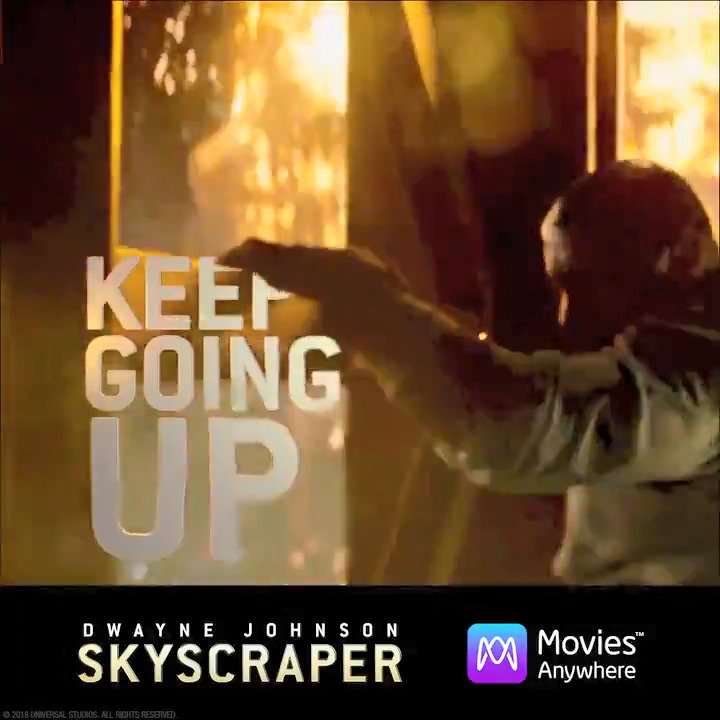 @skyscrapermovie comes home. When his family is in danger, the sky's the limit for Dwayne Johnson. On @Xfinity TONI… https://t.co/SF6FQWSjny